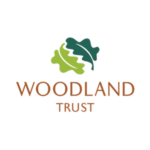 The Farmers Weekly 2022 Environmental Champion of the Year is sponsored by Woodland Trust.
“The Woodland Trust has been working with farmers throughout its 50-year history and there has never been a more important time to come together. We are proud to celebrate farmers who champion the environment in their work.”
Darren Moorcroft, chief executive, Woodland Trust
Futures markets and commodity risk management online course:

Visit our Know How centre for practical farming advice