A message from PhRMA:
Did you know: 39% of insured Americans say they don’t understand what’s covered by their insurance. Health insurance coverage should be predictable and transparent, and insured Americans agree. Learn more from our latest Patient Experience Survey report.
LATEST POLLING — A new NBC survey out this morning finds the parties tied on the generic congressional ballot at 46% apiece (compared to a 2-point GOP advantage last month) and Biden’s approval rating ticking up from 42% to 45%.
SUNDAY BEST …
— Senate Judiciary Chair DICK DURBIN (D-Ill.) on whether he’d take over the House Jan. 6 investigation if Democrats lose the House, on NBC’s “Meet the Press”: “If there’s more work to be done and I’m in a position to call for it, you bet I will. … But there’s one key difference. In the Senate Judiciary Committee, in order to issue a subpoena, you need bipartisan agreement to do it. That’s not the case, I understand, in the House. So if the Republicans want to resist this, it’s going to be difficult to continue the investigation. I hope the House gets it done.”
— Sen. LINDSEY GRAHAM (R-S.C.) on his national 15-week abortion ban bill, on “Fox News Sunday”: “I’m pro-life, even in an election year. And to those whose suggest that being pro-life is losing politics, I reject that … To my Republican colleagues: Now’s the time to stand up and be counted. The pro-life movement is counting on you.”
— JOE O’DEA on GOP governors busing and flying migrants elsewhere, on “Meet the Press”: “Ron DeSantis and Gov. [GREG] ABBOTT were right to bring some visibility to this issue. We’ve got fentanyl killing our kids. People call what he did cruel? You know what’s cruel is ignoring this issue. Democrats are ignoring it, doing nothing, while our kids are dying.”
— NYC Mayor ERIC ADAMS on the migrant arrivals in his city, on ABC’s “This Week”: “Let’s coordinate in that fashion like we’ve done with other large communities we have in New York City, where we’re able to coordinate, get sponsors, work with our nongovernmental organizations. That is what crisis calls for — it calls for coordination. There was no coordination at all with Gov. Abbott, and Gov. DeSantis just wanted to use this political ploy instead of understanding these are people, these are families, these are human beings.”
— U.S. Ambassador to the U.N. LINDA THOMAS-GREENFIELD on the latest evidence of mass graves and atrocities being uncovered in Ukraine, on CNN’s “State of the Union”: “The horrific pictures of those grave sites will always be in our minds as we look at what is happening in Ukraine right now, and [Russia] should expect that it will not be business as usual when they arrive in New York tomorrow. They will be isolated. They will be condemned in the Security Council as well as more broadly in the General Assembly.”
— Former President BILL CLINTON on KEN STARR’s death, on CNN’s “Fareed Zakaria GPS”: “Well, I read the obituary, and I realized that his family loved him, and I think that’s something to be grateful for, and when your life is over that’s all there is to say. But I was taught not to talk about people that I — you know. I have nothing to say. Except I’m glad he died with the love of his family.”

ANNALS OF DIPLOMACY — Biden is in London, where he was originally scheduled to meet with new British PM LIZ TRUSS today. But her office “said Saturday they would skip the weekend hello, opting instead for a meeting in New York at the U.N. General Assembly on Wednesday, though Truss still planned to gather with other world leaders converging on London,” per the AP.

— Noon: The president and first lady JILL BIDEN will pay their respects to the late QUEEN ELIZABETH II at Westminster Hall in London.

— 12:30 p.m.: The Bidens will sign the official condolence book at Lancaster House.

HARRIS’ SUNDAY — The VP has nothing on her public schedule.
JOIN THURSDAY FOR A GLOBAL INSIDER INTERVIEW: From climate change to public health emergencies and a gloomy global economic outlook, the world continues to deal with overlapping crises. How do we best confront all of these issues? Join POLITICO Live on Thursday, Sept. 22 at 10:30 a.m. EDT for a virtual conversation with Global Insider author Ryan Heath, featuring World Bank President David Malpass, to explore what it will take to restore global stability and avoid a prolonged recession. REGISTER HERE.
PHOTO OF THE DAY

The crowd listens to Donald Trump speak at a rally Saturday in Youngstown for J.D. Vance and other Ohio Republicans. | Jeff Swensen/Getty Images
FIRST IN PLAYBOOK — We have an exclusive clip from JAKE TAPPER’s new CNN special report, “American Coup: The January 6th Investigation,” which airs tonight at 9 p.m. in advance of the House Jan. 6 committee’s forthcoming first report. In the clip, Vice Chair LIZ CHENEY (R-Wyo.) lays out the political stakes of this moment for American democracy: “It doesn’t matter what party someone belongs to: If they are running on the basis that they will, for example, refuse to certify legitimate election results in the future, they’ve got to be defeated.” Watch here
9 THINGS FOR YOUR RADAR
1. MAR-A-LAGO TIMING: Trump’s legal team will have to respond by Tuesday at noon to DOJ’s motion seeking a partial stay of the order blocking investigators from reviewing the materials seized from Mar-a-Lago, an appeals court said Saturday evening. Justice Department lawyers had filed Friday to get out from under Judge AILEEN CANNON’s ruling that bars investigators from looking through classified documents. More from Fox News
2. GAETZ-GATE LATEST: JOHNNY McENTEE told the House Jan. 6 committee that Rep. MATT GAETZ (R-Fla.) had asked MARK MEADOWS for a preemptive pardon from Trump in the sex-trafficking investigation that has involved him, WaPo’s Jackie Alemany and Amy Gardner scooped. McEntee said Gaetz told him he’d done nothing wrong. “The testimony is the first indication that Gaetz was specifically seeking a pardon for his own exposure related to the Justice Department inquiry into whether he violated sex trafficking laws. His public posture in the final months of the Trump administration was much less specific.”
3. THE FINANCIAL FILES: House Oversight Chair CAROLYN MALONEY (D-N.Y.) told NYT’s Luke Broadwater on Saturday that Mazars USA has given her panel an initial tranche of Trump’s financial records, which Congress has finally now obtained after a drawn-out court fight. Maloney didn’t provide details on the documents, but more are expected to follow, and she said Mazars is cooperating. “Some of the most classified information, we don’t even know where it is,” she said. “Right now, we don’t know how much is still out there.”
4. PELOSI ABROAD: Taiwan wasn’t the only international kerfuffle into which Speaker NANCY PELOSI is diving. She arrived in Armenia on Saturday amid clashes with Azerbaijan that killed hundreds of people this week, with plans to meet with the country’s leaders and push for peace. “The trip was seen as a political move by Ms. Pelosi ahead of the midterm elections,” NYT’s Carlotta Gall reports, calling it “Ms. Pelosi’s latest effort to flex the legislative branch’s diplomatic muscle.” Today, Pelosi criticized Azerbaijan’s attacks and called for peace, per the AP.

A message from PhRMA: 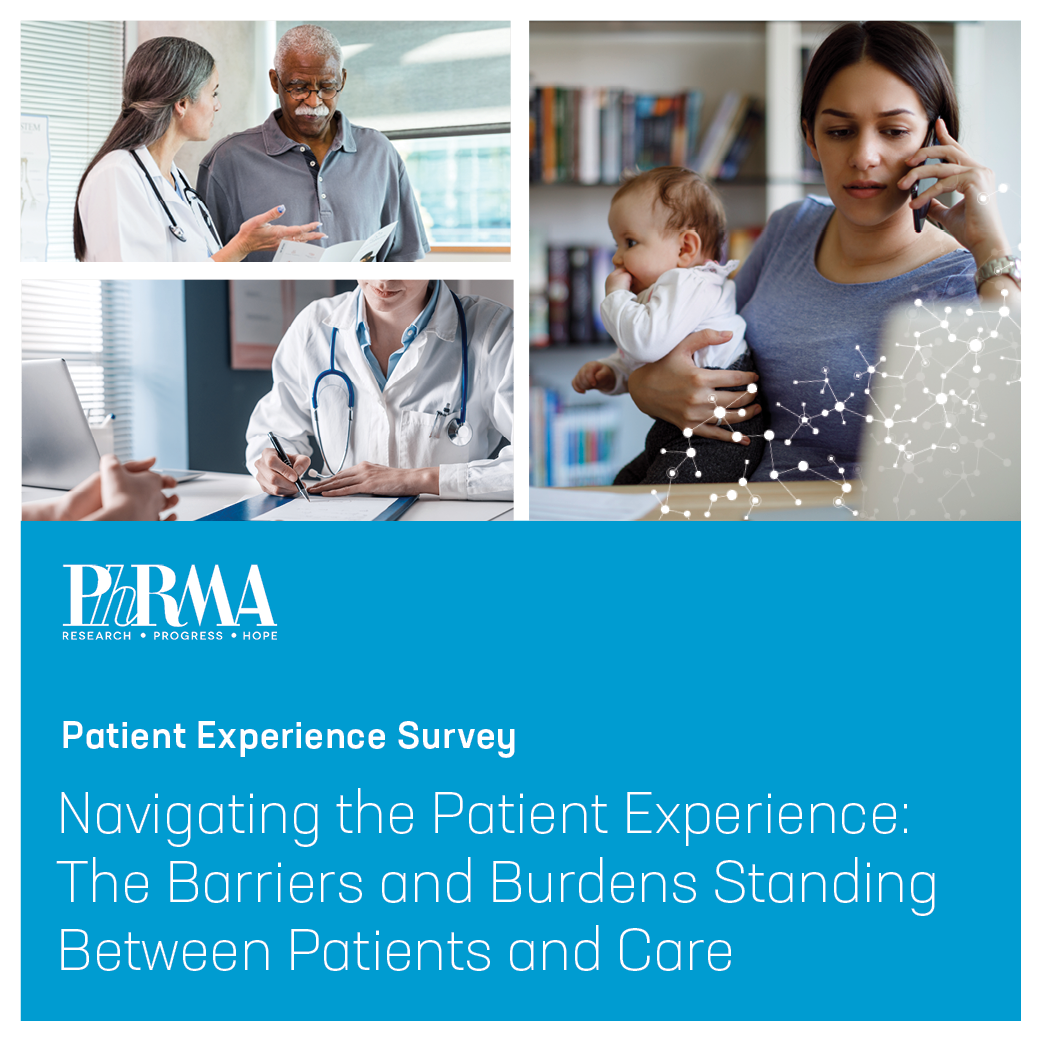 New research examines how insured Americans navigate unclear and unaffordable insurance coverage.
5. FOR YOUR (LITERAL) RADAR: Major storms are hitting opposite ends of the country: In Western Alaska, the historically intense remnants of a typhoon battered the coast, “causing severe flooding, evacuations, power outages and wind damage,” the Anchorage Daily News’ Annie Berman, Zachariah Hughes and Sean Maguire report. “No fatalities, injuries or missing persons had been reported by Saturday night, but many communities were underwater and without power.”
And near Puerto Rico, Tropical Storm Fiona is expected to turn into a hurricane today, with a significant potential impact coming for the island’s coast. Gov. PEDRO PIERLUISI declared a state of emergency and urged everyone to shelter in place. Details from The Weather Channel … Spanish-language latest from El Nuevo Día
6. ABOUT LAST NIGHT: Trump rallied in Youngstown, Ohio, for Vance’s Senate campaign Saturday night, tapping into his usual themes about crime, immigration and elections, the Record-Courier’s Derek Kreider reports. The former president put some distance between himself and Democratic Rep. TIM RYAN, who’s tried to draw policy parallels to win over Republicans. Before a crowd of more than 6,000, Trump also poked some fun at Vance, per the L.A. Times’ Freddy Brewster: “J.D. is kissing my ass. Of course he wants my support … The entire MAGA movement is for J.D. Vance.”
7. HOW PAT RYAN WON: “New Democratic hero has a message for colleagues: Show voters the fight,” by WaPo’s Paul Kane: “Most instant analysis credits Ryan’s campaign, which he launched days after a leaked draft showed the Supreme Court intended to overturn Roe v. Wade, with capturing the lightning of that moment … But, according to Ryan and other seasoned Democrats, his victory came because he anchored the race in demonstrating to voters how much he would fight for the cause. … Ryan doesn’t dismiss inflation. If candidates sidestep that painful economic issue and just run on protecting abortion rights, he says, those Democrats will fail.”
8. BEHIND THE NEAR-RAILROAD STRIKE: Workers getting time off for medical treatment was one of the key issues at the heart of the railroad strike that almost upended the nation’s economy this week. WaPo’s Lauren Kaori Gurley has the story of AARON HILES, a Missouri worker who died of a heart attack in June after putting off a doctor’s visit due to attendance penalties under a new rail carrier policy. His death helped catalyze advocacy for change. And though a strike didn’t happen, the story isn’t over: “Unless union leaders persuade 115,000 workers across 12 unions to vote to ratify contracts, a nationwide rail strike is still possible — and could snarl much of the nation’s supply-chain just ahead of the midterm elections.”
9. DISINFORMATION DIGEST: “How Russian Trolls Helped Keep the Women’s March Out of Lock Step,” by NYT’s Ellen Barry: “Over the 18 months that followed, Russia’s troll factories and its military intelligence service put a sustained effort into discrediting the movement by circulating damning, often fabricated narratives around [LINDA] SARSOUR, whose activism made her a lightning rod for Mr. Trump’s base and also for some of his most ardent opposition. … Many people know the story about how the Women’s March movement fractured, leaving lasting scars on the American left. … But there is also a story that has not been told, one that only emerged years later in academic research, of how Russia inserted itself into this moment.”

A message from PhRMA:
According to new data, insured Americans are struggling to navigate their health care coverage, particularly the insurer- and PBM-imposed barriers and cost sharing practices that stand between them and their medicines:
· 39% of insured Americans say they don’t understand what’s covered by their insurance.
· Even with insurance, 15% report they would be unable to afford health care if they were to become seriously ill because of high out-of-pocket costs.
Americans want policy reforms that improve their insurance by providing more predictability and transparency in what is covered and lowering what they pay out of pocket. Read more in PhRMA’s latest Patient Experience Survey.
© 2022 POLITICO LLC