When it comes to great sports movies we often think of crowd-pleasing American smash hits such as boxing classic Rocky and baseball favourite The Natural. But while the biggest commercial successes might mostly be the reserve of Hollywood, British cinema has also produced not only a number of critically-acclaimed sports movies but even a few that have managed to appeal to audiences around the globe.
From producing undoubtedly the best films about football (“soccer” to our American friends) to groundbreaking pieces of cinema following the exploits of professional athletes in sports such as long-distance running, cycling, wrestling and ski jumping as well as those sports that have had less screen time like snooker, cricket and rugby, British cinema offers audiences a unique look inside some of the world’s most fascinating sports. 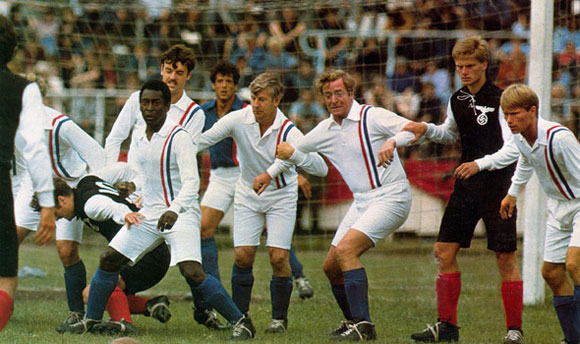 One of the most well-known British sports movies is, somewhat surprisingly, not one of the country’s better efforts. That film is Escape to Victory, a second-rate effort when compared to its director John Huston’s body of work but one that’s remained an audience favourite thanks to its patriotic fervour and quirky mix of actors (Michael Caine, Sylvester Stallone, Max Von Sydow) with real sporting stars (Brazilian footballing star Pele and England football legend Bobby Moore amongst others).
Similar to Hollywood’s depiction of sport on the big screen, British cinema has favoured certain sporting endeavours over others. It’s no surprise that football features a lot. Like baseball, American football and basketball in North America, football is behind some of British film’s most notable achievements.
Michael Sheen in The Damned United.
But what’s interesting is that these films don’t necessarily take the traditional – perhaps cliched – route, where a person or team is followed until they achieve the ultimate goal, such as a championship win.
Instead, films such as Looking for Eric take a comic-fantasy approach to working class strife in the form of real-life footballer Eric Cantona appearing as the protagonist’s imaginary friend. Elsewhere, The Damned United, another effort about football, focuses on sporting failure, not success.
Dir. Mackinnon (2006)

Douglas Mackinnon’s 2006 film is based on the life and career of Scottish cyclist Graeme Obree. Starring Jonny Lee Miller, the film covers a period of the cyclist’s life when he achieved, lost and then retook the world one-hour distance record.
All the while, his bipolar disorder continues to pull him back into a spiral of depression. Despite Obree’s troubling mental state, his efforts to revolutionise cycling and his accomplishments in breaking world records, make this a heartwarming, emotionally affecting film.
Dir. Fletcher (2016) 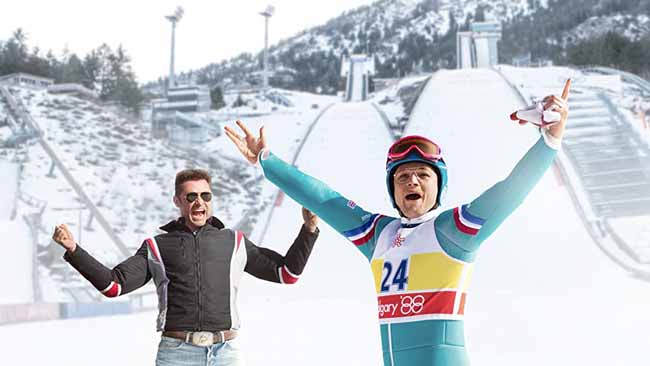 Based on the true story of Michael Edwards, a physically disabled child who ignores his father’s pleas to join his plastering trade to become the first British competitor in Ski Jumping since 1929, Eddie the Eagle is a feelgood comedy-drama which pleases the crowd thanks to the spritely performances of Taron Egerton and Hugh Jackman, and its unashamed sugary sentimentality. A rags to riches story without the riches.
Dir. Bowker (2014)

Julian Farino’s sparkling comedy-drama stars the incomparable Toby Jones as real-life Stoke City kit-man Neil Baldwin. Growing up with learning difficulties, he remains reluctant to accept the boundaries other people perceive he has, thus betraying the odds and living a full and, at times, very exciting life.
A breezy, feelgood biopic boasting the subtle charm of Jones who confidently steers clear of caricature, providing a convincing performance brimming with humanity, honesty and heart.
Baldwin’s love of football becomes a focal point of the story; the man has honorary life membership of Keele University Students’ Union in part because he set up the Neil Baldwin Football Club there in 1967. And as Stoke City’s kit-man he was once jokingly described by its manager-at-the-time Lou Macari as “the best signing I ever made”.
Dir. Considine (2017) 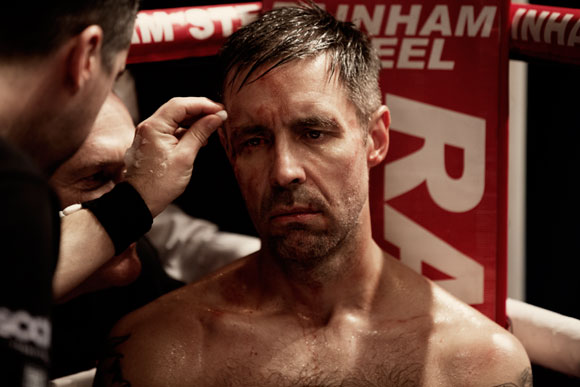 This boxing drama isn’t going to rival Rocky or Raging Bull for its photography of the fight sequences but that fits with Journeyman’s appeal away from the ring. This is less about sport, winning and ego, more about the consequence of tragedy on the family structure. It takes the fighting spirit to a new, low key and far more intimate stage; the recognisable training montage replacing gym with physiotherapist’s clinic.
Dir. Hooper (2009) 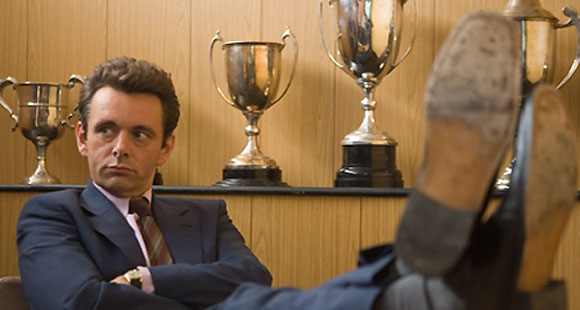 Michael Sheen, an actor adept at capturing the nuances of real life figures this time brings former Nottingham Forest manager Brian Clough to life for his ill-fated 44 days in charge of Leeds United.
Clough had long since held a bitter rivalry with Leeds’ former manager Don Revie and therefore quickly found discontentment amongst the players at his appointment. The result isn’t pretty as Leeds end up bottom of the league after only a few matches.
The Damned United, by focusing on failure, stands out from other sports movies that build predictably towards success. Sheen’s strong performance as the larger-than-life Brian Clough is great to see but the film’s stand out feature is its celebration of football rivalry, one of the big reasons why the game is so adored.
Dir. Loach (2009)

If The Damned United was about football managers, Looking For Eric is about football fans. A down-on-his-luck diehard Manchester United fan starts seeing visions of his hero Eric Cantona who begins to give him advice about his life. This helps him reconnect with his ex-wife while strengthening his relationship with his unruly stepson.
But when gangsters begin threatening his family he calls on the help of his fellow football fans to fight back. The film is a bittersweet celebration of our football heroes and why they come to play such a central role in our lives. Eric Cantona, playing himself, is great as the philosophical mentor and the film, written by long-time Loach collaborator Paul Laverty, has a delightful balance of drama and humour.
Dir. Shane Meadows (1997)

Mentioned by some critics as a worthy bedfellow of gritty 1960s Brit-sports films The Loneliness of the Long Distance Runner and This Sporting Life, Shane Meadows stamped his authority with debut feature film Twenty-Four Seven.
The director, whose later credits include This Is England, A Room For Romeo Brass and Dead Man’s Shoes, more than hinted at the themes that would dominate his storytelling as a filmmaker.
Here we see how disaffected youths, hampered by the remnants of Thatcher’s destructive reign on the suburban working class, deal with their boredom and lack of direction by joining Bob Hoskins’ boxing club. There they learn the art of the sport, and channel their energies into fighting in the ring, not out of it.
Dir. Tony Richardson (1962) 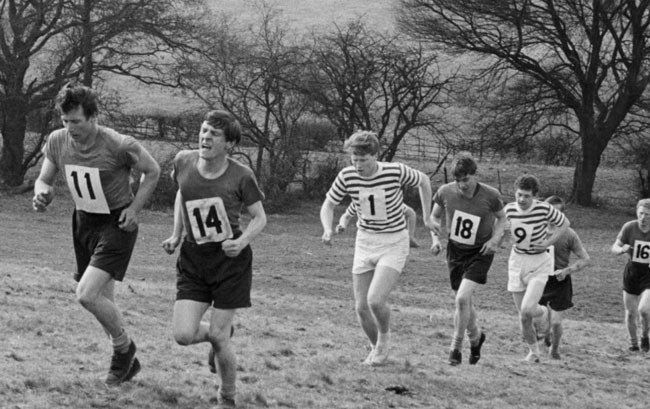 Along with This Sporting Life, The Loneliness of the Long Distance Runner remains one of British cinema’s best sports films. Emerging during the British New Wave period of the early 1960s (when films such as Billy Liar and Saturday Night and Sunday Morning also appeared), the film depicts rebellion and the working class struggle in the form of Colin Smith (Tom Courtenay), an unruly young man sent to a reform school where he excels at cross country running.
Dir. Lindsay Anderson (1963) 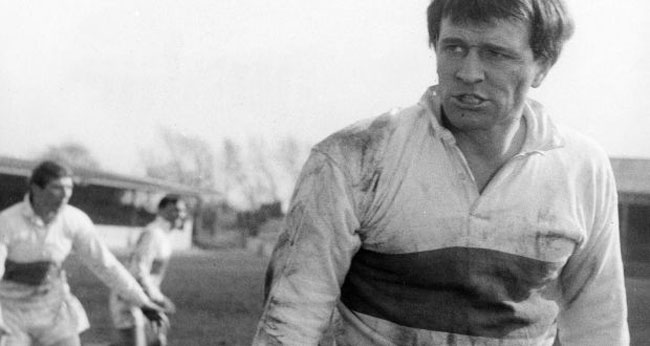 Director Lindsay Anderson, who created waves within the British film industry during the late 1950s with the Free Cinema movement, took the social realism themes he desperately wanted to convey to the sports arena with This Sporting Life.
Starring Richard Harris as a rugby league player in the grim “up north” city of Wakefield, the Irish-born actor delivers one of his finest performances as a man with muddied emotions who successfully lets rip on the pitch but finds off-field life more troubling.
Dir. Hugh Hudson (1981) 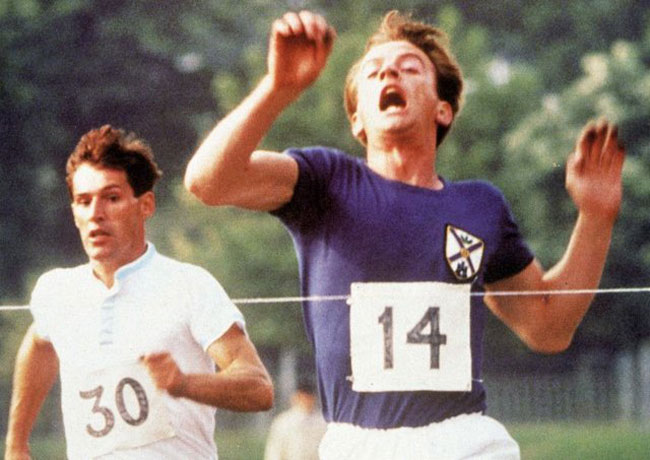 Chariots of Fire is the quintessential British sports movie. It is also one of Great Britain’s most accessible films in the genre, depicting a couple of underdog athletes who compete at the 1924 Olympic Games. It was nominated for seven Academy Awards, winning four including Best Picture.
If you enjoyed our look at the best British sports movies, you may also like: 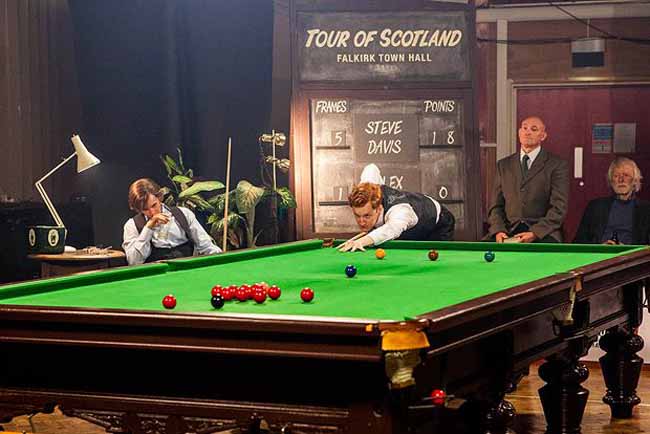 We step away from football, baseball, golf, basketball and tennis to check out 10 films that take their inspiration from sports which have enjoyed less time in the spotlight of the big screen. 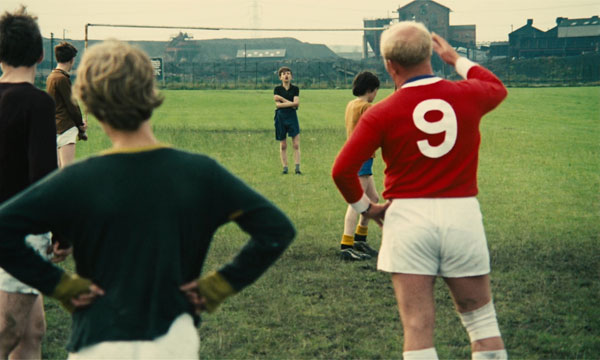 Football’s ability to entertain and its inherent sense of drama has successfully made the transition from the pitch to the silver screen many times. Here are the top 10 films about football… 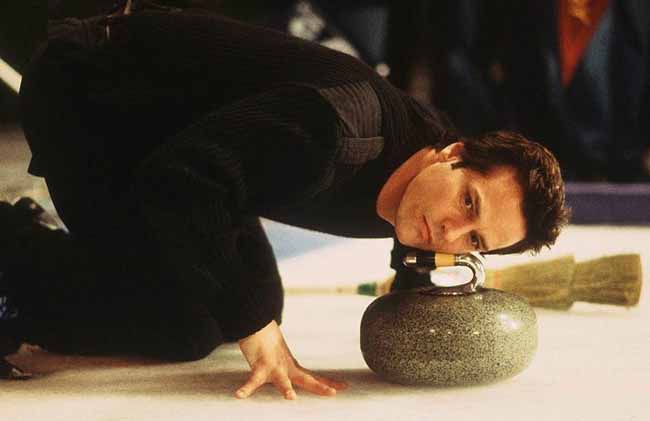 The best movies about winter sports such as ice hockey, bobsleigh, curling, figure skating and ski jumping including Cool Runnings, Slap Shot & Miracle.
Your email address will not be published. Required fields are marked *