The Middle East has long been thought of as an oil region, but the United Arab Emirates aims to change this with an intense focus on growing the country’s technology and startup scene.
For the first half of 2022, the Middle East region brought in $1.73 billion in investments across 354 deals, up from more than $1.2 billion in the first half of 2021 — a 64% year over year growth. The UAE took in 46% of the total venture capital received in the Middle East and Africa in 2021, according to the country’s Ministry of Economy. 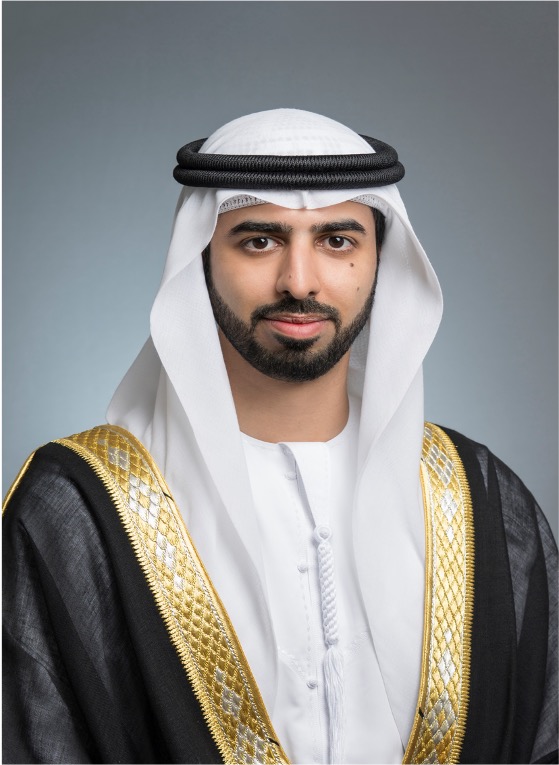 H.E. Omar bin Sultan Al Olama, United Arab Emirates minister of artificial intelligence. Image Credits: United Arab Emirates
The UAE began focusing on its tech and startup hub goal in 2016 by establishing the Sharjah Research Technology and Innovation Park to incubate companies in a variety of industries, including water management, renewable energy, transportation, manufacturing and agriculture.
TechCrunch highlighted some of the more recent technology activity coming out of the United Arab Emirates, including that the country was going to pour $800 million into a fund to invest in space initiatives, that the region is now home to the “world’s largest vertical farm” and a global  investment in local proptech startup Huspy.
In 2017, the UAE created an artificial intelligence ministry position, which it filled with H.E. Omar bin Sultan Al Olama, who had previously worked in the banking and telecommunications sectors.
H.E. Al Olama recently spoke with me about the burgeoning Emerati startup and venture capital ecosystem, and the country’s approaches to attracting U.S. VC investment. What follows are highlights from our conversation, lightly edited for clarity and length.
TechCrunch: Is the UAE’s venture capital presence fairly new?
H.E. Al Olama: If you look at the geography, you will see that the UAE attracts over 50% of all venture capital investments of this whole region. That is interesting, but when you actually look at the size of the population, it becomes a lot more interesting because you’re talking about a very high concentration of very high-quality talent, as well as an ecosystem that allows for thriving startups and startups that don’t just get started but actually go through different scale up phases.
In terms of venture capital and investment into the region, I saw it was over a billion dollars in the last year. Do you see that increasing this year or on par with last year?
For the first half of this year, the investments have been much more than we expected. Of all the investments in the first six months, there has been $1.73 billion invested in the Middle East, out of which 37.2% were invested in the UAE. So it is actually quite substantial. If we look at the comparison from 2022 to 2021, January was 2.5 times as was February, and March was 1.5 times, April was 1.5 times, May was 1.4 times and June was 1.2 times. That is for the whole region. What you can see from that is the interest that the global investors are having in the region. And, the theory that the UAE is still getting the biggest portion of that compared to other countries in the region that have a bigger population or seemingly a bigger market size, shows that the snowball started rolling a few years back with the startups that we’ve had and it’s actually just getting bigger. I think we’re just getting started.
How have you been able to attract tech companies to the UAE?
Being tax free is definitely one incentive, but the UAE today is also a financial hub for our region and one of the top financial hubs globally. There’s a lot of capital here ready to be deployed. One great advantage is a lot of investors feel more comfortable investing in a company situated in the UAE because of the transparency of the court system. Government legislations are friendly to the private sector. It’s an environment that allows people to be able to thrive because they do not feel marginalized or disadvantaged because they have a certain ethnicity or sex or nationality. It is known to be able to be a place where anyone from anywhere in the world can actually succeed. In addition, the infrastructure is also quite advanced in terms of the quality of the roads and penetration of smartphones — we have the highest smartphone penetration in the world.
United Arab Emirates launches $820M fund to boost domestic space economy

The government has been rolling out a lot of different incentives over the years, including startup-friendly policies. If someone were to move to the UAE, what would they need to know?
We looked at all of the different sectors that are supportive of the startup landscape and tried to put in incentives to ensure that people actually prefer something up in the UAE as opposed to anywhere else. In most countries, it’s very, very hard to get a visa. If you are a talent and work specifically in a digital economy that we’re very focused on, you can get a permanent residency or a long-term residency right off the bat. Another thing, you can start the company within a day. Third, there are a lot of different programs, for example, incubators and accelerators and government contracts that are very appealing.
TC: How did the UAE’s AI mandate come about, and what was your plan to get it started?
We asked what are we really trying to decipher? What exactly is the potential for the UAE, whether it’s positive potential or negative potential, and how can we ensure that we deploy AI effectively across the country in a way that improves quality of life. Quality of life is actually the main driver for AI. It’s not economic gain, as it is in many countries. Second, it is hard to ensure that our policies or legislations actually give us an advantage with regards to the negative consequences of deploying AI, whether it’s locally or globally. If AI goes wrong somewhere else, how do we ensure we are less likely to get burdened by it? Our motto from day one was building a responsible artificial intelligence nation that is useful for the current, but also for the future.
Crop One, Emirate open ‘world’s largest vertical farm’ in Dubai

Do you expect the UAE to have challenges attracting U.S. talent and investment due the region being known for its human rights violations?
The Middle East does have a reputation as being something of a ‘tough neighborhood’ for a wide range of reasons, from conflict to failures of governance. We do see the Emirates as differentiated, with a highly tolerant, multinational community consisting of people from over 195 nationalities living, working, learning and playing together in an atmosphere of peace, stability and security.
Why has supporting startups and venture capital been such an important push for the region?
A few reasons: First, if you look at our history, the UAE has always been a country of merchants and always looking to support business and unleash opportunities. The second thing is, we have been very adamant and very vocal about our ambition to diversify away from oil and that can be seen through investments in renewables and other parts of our economy, namely the digital economy, to ensure that we are competitive and comparative to advanced and developed countries from around the world. Finally, we are not a large country, so we will not be able to compete in certain sectors with other countries that have a cheaper cost of labor. But, if you look at the digital economy and sectors that are emerging right now, because of the advancement of technology, you’re able to get incredible returns from talent that — even if they are quite expensive — are able to create output, and that is what we’re actually aiming towards.
The venture slowdown isn’t coming — it’s here